An Extraordinary meeting of the parish council will be held in the village hall on Monday, 28th November at 7:30pm to discuss and decide on a planning application reference 22/02789, East Gate House, Hamstead Marshall.

The next regular  meeting will be held in the village hall at 8pm on 19th January. All parishioners are welcome to attend.

Enborne and Hamstead Marshall Garden Society's December meeting will be held on 14th (not the 7th, as previously advertised) in the village hall. Details here. 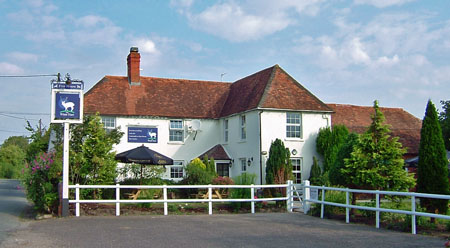 The White Hart Inn is now closed and up for sale, either freehold or leasehold, with Colliers.

The Harvest Supper was held this year at the White Hart on Saturday 15th October, attended by around 30 people. The raffle raised £325 for Macmillan Cancer Support.

Rarely has St Mary's Church been as full as it was for the funeral of Peter Benest on Monday 17th October.

Nearly 200 family, friends, neighbours and fellow pilots gathered for the service, which was conducted by Hamstead's recently appointed rector, the Rev Annette Shannon. Appropriately, the emphasis was on music and flying, Peter Benest's two lifelong passions. As mourners came out into the autumn sunshine, a flypast of Tiger Nine, the Tiger Moth display team to which Peter belonged, commemorated one of their founder-members. Passing for the second time, the team took up a V formation, leaving a space for the missing plane, as is traditional.

Tiger Nine was founded in 2005. The display team is headed by Jeff Milsom, and numbers around 14 Tiger Moth pilots. Peter was a keen member, flying regularly with the group until the onset of his illness around 2018.

Peter, a retired British Airways pilot, lived in Hamstead for at least 40 years, first at Salters, and moving to Little Farm in the 1990s. He was always active in community enterprises, supporting the parish council, the village hall and St Mary's Church. He was also often to be seen overhead, flying his much-loved Tiger Moth, for which he created an airstrip at Little Farm. 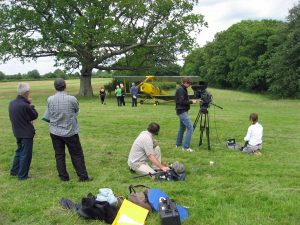 Click on the image below to see the September issue of the Hamstead Hornet in full.

Pilates in the village hall continues on Tuesday mornings, 09.30 to 10.30.
To enquire or join, see details here, or  contact Jenny Carter to book.

The parish council now has now filled one of its two vacancies. Liz Copas has joined the council, taking the place vacated by Rob Manser.

A new parish clerk has been appointed: Camilla West.

Contact details for all councillors and the clerk are on the parish council page.

Thames Water has published its investment plans to 2025, which include installing flow monitoring at the Hamstead Marshall sewage treatment works (in the dip on the Kintbury Road, between Ash Tree and Chapel corners), as well as at 16 other West Berkshire villages. The aim is to create a more intelligent sewer network and drive a reduction in untreated sewer discharges.

The process of training volunteers and lending out the device have been simplified, and Hamstead Marshall is about to register with the scheme. Contact Anne Budd if you are interested in taking part.

Anne Budd is creating a database of local pot-holes, and she intends to report regularly to WBC to press for maintenance. She would welcome input from parishioners on individual pot-hole sites and conditions.

The VDS of 2008 is to be updated, and the parish council would welcome input from parishioners for this revision.